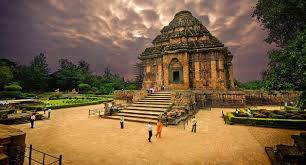 Arrival Bhubaneswar. Transfer to Puri & check in hotel. Half day s/s includes 12th century Jagannath Temple (one of the four dhams), Mausima temple, Sunar gaurang temple, Swargadwar And Narendra pokhari. Evening can be spent on the beach. Overnight at Puri.

After breakfast drive to Chilka. Arrival Satapara meets the Irrawaddy Dolphins in nature and the Hrada-Sagar Sangam or the sea mouth (the point where the lake meets the sea). Enjoy the day at chilka lake( india biggest inland lake spread over 1,100 square kilometers).Drive back to puri.Overnight at hotel.

After an early breakfast, leave for a visit to Lalitgiri, Ratnagiri & Udayagiri (Buddhist circuit) and return to Hotel at Bhubaneswar. Evening at leisure. Overnight at Bhubaneswar.

After breakfast check out & drive to khandagiri & Udayagiri Then drive to wildlife park Nandan kanan. Then transfer to railway station to catch the train for onward Journey.

Dont hesitate
to call us.

Let Us Help You

Get Your Doubts Cleared.

Spanic India Pvt Ltd is involved into promotion of tourism in Himachal Pradesh, Uttranchal ,Rajasthan and Goa for last one decade, though the people behind Spanic India Pvt Ltd, our guiding forces are associated with the hospitality industry for more than fifteen years.